With the devices getting smarter and the Internet becoming faster, we have relied upon TV and cable lesser and moving to the Streaming apps.

While network television won’t be disappearing anytime soon, multimedia companies are beginning to shift from traditional television broadcasts toward investing their resources on online platforms as well.

With the ubiquity of Internet connection and accessibility of smart devices, you can keep yourself entertained for hours with unlimited choices.

Streaming app services like Netflix, Amazon Prime Video, and Hulu have become household names in entertainment as they lead the pack.

Aside from that, the TV app has also become common in the living room with new TV sets now packed with features similar to smartphones, letting you connect your devices seamlessly.

With so many choices out there, it could get quite challenging to choose just one streaming app.

Today, we’re going to show you some of the best streaming apps that you should get for your PC so that you don’t have to compare them one by one.

First up on our list is the leader of the pack, Netflix. If you’re only getting one streaming app for your device.

It should be this one. Because of its popularity, almost every smart TV or streaming box comes with a Netflix app.

The Netflix Streaming app offers a wide selection of movies, TV shows, and original productions. In 2013, Netflix began launching original content and has grown to an enormous size since.

To give you an idea of how massive their original production has become, Netflix even produces content in other countries such as the South Korean thriller, Kingdom.

However, you might be a bit disappointed as some of your favorite TV series and movies can’t be found on the streaming app service.

But fear not, we’re pretty sure that Netflix’s library will keep you entertained, even drawing you into a weekend of binge-watching.

The one real downside of this app is that it comes with a monthly subscription starting at $9 per month.

If you’re not yet sure about getting the Netflix Streaming app for your PC, you can try it out for a month before you decide to go with the monthly subscription.

While it might not be as popular as Netflix in territories outside the United States, Amazon Prime Video is also a strong contender among streaming apps.

Similar to Netflix, Amazon Prime Video also has a wide selection of movies, TV shows, and original productions that will keep you entertained for weeks.

The only advantage that Amazon Prime has over Netflix is that your subscription also gives you access to Amazon music and premium delivery services.

Amazon’s premium subscription would cost you $10.99 per month, a little over a Netflix subscription. If you’re thinking about committing to the service, try out their 30-day free trial.

While its library of original productions isn’t as extensive as Netflix or Amazon Prime Video, Hulu has become a household name because it has become the go-to streaming app for on-demand TV shows and live TV.

If you’re looking for new TV shows to watch, then Hulu is definitely for you. What made this streaming app popular is that you get to watch episodes of your favorite TV shows the day after airing on live TV.

The Streaming app has partnered up with ABC, CBS, NBC, and Fox to give you current and past episodes of your favorite shows. Aside from this, Hulu also gives you the option to view live TV.

The Hulu Streaming app is also keeping up with the trend of producing original content. While the current production might not be as extensive as found in other streaming apps.

Hulu has some strong contenders here, such as the critically acclaimed The Handmaid’s Tale.

A Hulu Streaming app subscription will cost you around $5.99 per month for the Basic plan.

While it’s cheaper than a Netflix subscription, Hulu comes with a few ads, but that’s a minor downside compared to the access you’re getting for that price.

Formerly known as the Xbox Media Center, the Kodi Streaming app is a free and open-source media player software developed by XBMC. This software centralizes all your personal media collection in one app.

The media player software lets you organize your personal media collection on your PC. When the media file is listed on Kodi, you can access these files on your other devices that have the Kodi app installed.

On top of that, the Kodi Streaming app also lets you download third-party add-ons that let you watch or listen to other content.

These add-ons include music, games, videos, and many more. Visit the Kodi website to view the available list of add-ons.

A downside of using Kodi for streaming is that it does not take any legal responsibility if you’re using the app to stream content that has copyright issues.

While it won’t be replacing Netflix or Hulu on the top spots, Disney Plus is an excellent app for family-friendly content.

Unfortunately, you can’t find a lot of exclusive content here, but the Disney Plus Streaming app has great contenders as well.

It’s been gaining popularity with The Mandalorian, a live-action Star Wars show. It’s also working on other exclusive shows at Marvel Studios.

As for the paid subscription, the Disney Plus Streaming app has competitive pricing compared to other streaming apps.

If you have a paid cable subscription, HBO Go is a streaming app that you could get for free. If you don’t, you can access all of HBO’s content on-demand with HBO Now for a monthly fee.

Aside from the massive collection of movies in their library, what makes HBO’s streaming services is that you get to access their library of original shows, both new and old.

The only downside is that HBO’s Streaming apps are quite selective with its compatible devices. Nonetheless, it’s a great app to get if you want to rewatch their critically acclaimed series.

Another streaming app that you should check out is Tubi. While you might have to sit through a 15 to 30-second unskippable ad from time to time, Tubi has a great selection of movies and TV shows for the very low price of free.

With a library packed with over 7,500 movies and TV shows, Tubi has a pretty competitive offering. This impressive library was made possible with the partnership with big names like Paramount, Lionsgate, and MGM.

Unfortunately, you won’t be able to see newly released movies on this Streaming app.

The good news is, there are some popular TV shows on here like Hell’s Kitchen and Duck Dynasty. Nonetheless, Tubi is an excellent app for your next weekend binge-watching session.

While we’re far from totally cutting the cord, streaming apps are rapidly becoming common in any household across the globe.

Depending on what kind of content you’re looking for, premium and free streaming apps get the job done.

What are your thoughts on this streaming app takeover? Let us know more about it in the comment section below. 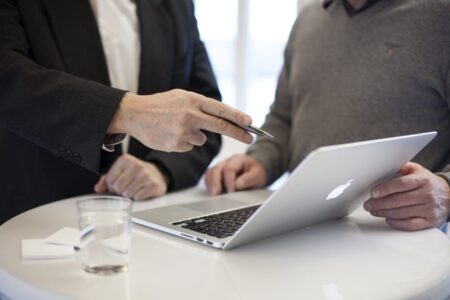